Could Danes Tax Beef over Emissions? 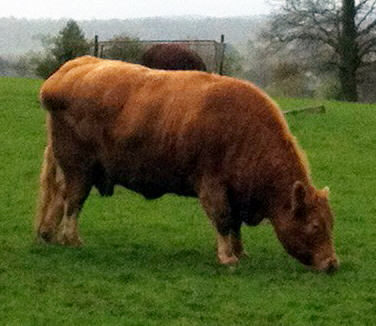 Taxation is becoming the new way of blocking or reducing aspects of diet that are considered dangerous or an ethical or environmental risk.

A few years ago, the Danish government considered implementing a fat tax to tackle the problems of obesity.

In the UK, there are moves to introduce a sugar tax, particularly of soft drinks for a similar reason.

In Denmark, the fat tax faltered and failed.

But now, the Danish government is considering imposing a tax on beef because of the greenhouse gas emissions that raising beef cattle emit.

The proposal comes from the Danish Council of Ethics that says Danes should do more to reduce their climate impact and an obvious place to start is with food, which globally it says accounts for between 19 and 29 per cent of all emissions and out of this cattle account for 10 per cent.

“A charge initially on beef will, therefore, make a big difference in the short term and create an awareness of food’s major impact on greenhouse gas emissions,” the council of ethics says.

The council adds that research has shown that a small change in diet by reducing consumption of meat from ruminants in countries such as Denmark could reduce greenhouse gas emissions by between 20 and 35 per cent.

Mickey Gjerris, the chairman of the council’s working group said that for a response to the damaging effects that food can have on the climate to be effective there needs to be regulation to send a clear message to society.

The council recommended to the government that the tax had to be at the consumer stage, so that consumers would get the message.

“In the longer term, there should be a tax on all food for climate impact,” the council said.

“But in the short term, a tax on the most harmful food, meat from ruminants, is probably most feasible.”

The recommendations to the Danish Government are contained in a report from the council, “Etisk forbrug af klimabelastende fødevarer” (The Ethical Consumption of Climate Damaging Foods).

This entry was posted on May 4, 2016 by agedchrisharris in Cattle, Meat, Uncategorized and tagged climate change, Emissions, Government, Markets, Tax.