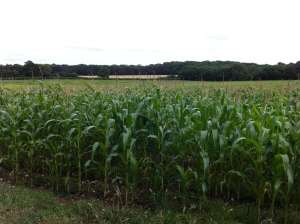 China and the USA are set to lock horns over the way China has been administering the tariff rate quotas for a number of agricultural products imported into the country.

The World Trade Organization has set up a disputes’ panel to investigate complaints by the US over anomalies in the way the tariff rates and quotas are imposed on wheat, long grain and medium grain rice and corn entering China.

At its meeting on 22 September, the WTO’s Dispute Settlement Body (DSB) agreed to establish a panel to rule on the US complaint.

The United States said it had serious concerns regarding China’s administration of its TRQs for wheat, short- and medium-grain rice, long-grain rice and corn and it added that China was failing to live up to basic WTO commitments on import restrictions and TRQ administration.

The US panel request said that China did not administer the tariff rate quotas consistently with its 2001 WTO Accession Protocol or the General Agreement on Tariffs and Trade (GATT) 1994.

This is the second time that the US has called for a panel to be established to look into these complaints.

However, China said it regretted that the United States had requested the establishment of a panel again.

China said it was serious about administering its tariff rate quota mechanism in line with its WTO commitments and that it stood ready to defend its interests.