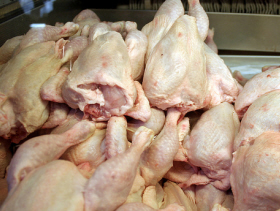 The Brazilian meat sector has been rocked by a scandal over the sale of rotten meat and allegations of bribery and corruption concerning meat inspectors and officials.

The scandal has led to a suspension of exports of meat to some of Brazil’s biggest customers – China, Chile and South Korea – and a review of the situation by the EU.

The moves follow raids by police on meat plants across the country in an operation names Carne Fraca.

The Ministry of Agriculture, Livestock and Food Supply (Map) said that there are 21 meat processors involved in the investigation by the Federal Police which was launched last Friday, 17 March.

Map has also released a list of 33 government officials involved in the police investigation into the alleged irregularities in slaughterhouses, where unfit meat was passed fit for consumption.

Agriculture Minister Blairo Maggi said that China had asked the Brazilian government for an explanation of the police operation and that it would not import meat from Brazil until the situation had been clarified.

Chile and South Korea have also place restrictions on Brazilian meat exports and eh EU has said that it will suspend imports from any plants that are implicated in the investigations.

The Brazilian government has stressed that the food safety inspection tests in place have generally been working well and that only a small number of plants and workers were involved.

The Brazilian president Michel Temer held emergency talks at the weekend to issue reassurances over the safety of Brazil’s meat products. 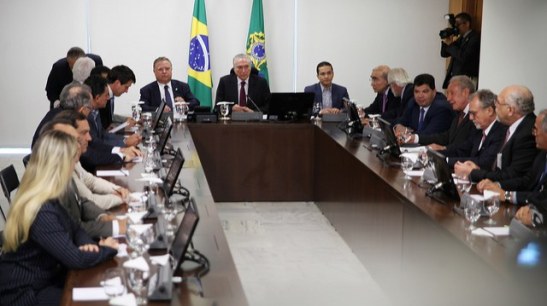 He said that 99 per cent of the meat processors were doing things correctly.

The actions he has put in place include accelerating the auditing process of the plants under investigation, issuing reassurances to foreign trade partners and strengthening the relationship between the agriculture ministry and the police.

“This standard of excellence opened the doors of more than 150 countries, with permanent audits, monitoring and risk assessment.

“In addition, when they arrive at their destinations, the products are also subject to local inspection.

“In 2016 alone, 853,000 consignments of animal products from Brazil were shipped abroad and only 184 were considered by the importers to be out of compliance, often because of non-sanitary issues such as labelling and certification.”

The Brazilian Beef Exporters Association (ABIEC – Associação Brasileira das Indústrias Exportadoras de Carne) said that none of its 29 member-companies’ beef plants have been named in the scandal involving meat packing plants and Federal Veterinary Inspectors in the sale of adulterated foodstuffs.

The association added: “ABIEC’s members follow the strictest domestic and international rules and standards for beef, whether intended for the domestic market or for the more than 133 countries to which we export. Brazil is the world’s largest beef exporter and is recognized for the quality and health status of its product, which is inspected by the Brazil’s competent authorities as well as the Sanitary Authorities of those countries that import Brazilian beef.

“ABIEC emphasises that the cases recently made public in Operation Carne Fraca are isolated incidents that do not represent Brazil’s enormous beef production chain.

“The Association vehemently repudiates the adoption of practices that undermine the quality of Brazilian beef or the credibility of Brazil’s beef industry. ABIEC reiterates its trust in the work of the Ministry of Agriculture, Livestock and Food Supply (MAPA – Ministério da Agricultura, Pecuária e Abastecimento) and in the parameters followed by the Federal Inspection Service (SIF – Serviço de Inspeção Federal).”