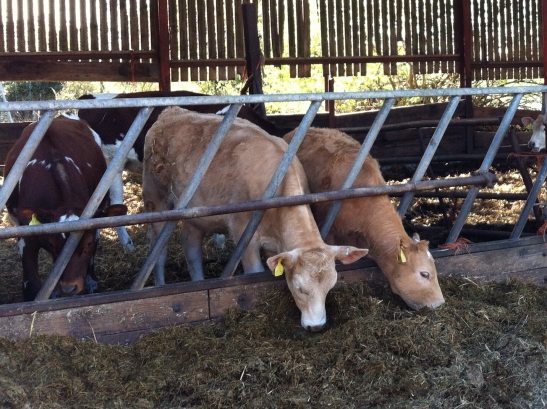 The balance of global agricultural trade is continuing to shift from the developed blocs to developing countries.

The latest World Trade Statistics Review published by the World Trade Organisation shows that the EU has seen its share of world agricultural exports fall from 41.9 per cent to 37.1 per cent over the last 15 years.

Agricultural imports into the EU have also fallen from 42.7 per cent of the global market in 2000 to 35 per cent last year.

The US is the second largest global exporter of agricultural products, worth $163 billion last year, although its share of the market has also fallen from 13 per cent in 2000 to 10.4 per cent last year.

In 1980, the US had 17 per cent of the global agricultural product market in exports.

The shift in trade, however, is seen in the growth of exports from both Chia and Brazil.

Brazil’s agricultural exports last year rose to $80 billion and since 2000 it has been growing its share of the total world market from 2.8 per cent to 5.1 per cent.

China’s agricultural exports last year stood just behind Brazil at $73 billion and its share of the world market has risen since the turn of the century from three per cent to 4.6 per cent.

As an importer, China has grabbed second place behind the EU with a market value of $160 billion and it has seen its share of the global market rise from 3.3 per cent in 2000 to 9.5 per cent last year.

India has also seen growth in both its agricultural imports and exports, doubling its share of the market over the last 15 years, albeit from a low base.

While Russia has been gradually growing its share of the world agricultural import market in the same period, it saw the steepest fall in imports last year – down by 33 per cent – largely precipitated by the trade blocks in response to sanctions over actions in Ukraine and Crimea and also its own block on pig meat products from the EU because of African swine fever. 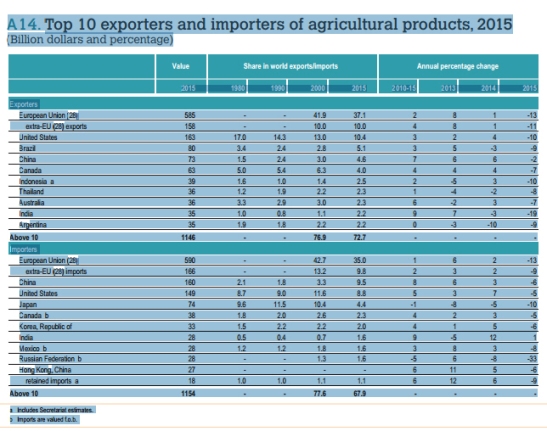