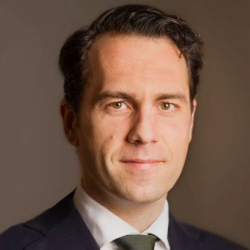 The Common Agricultural Policy could become more concerned with social issues, innovation and greening after 2020.

The current reforms to the CAP introduced in 2013 run up to 202 and the shape of the policy is to be the subject of a debate among agricultural ministers in Eindhoven and Amsterdam between 29 and 31 May.

In a letter to the European Commission President, the host of the meeting Dutch agriculture minister Martjin van Dam has set out his view of the future for the Common Agricultural Policy and has called for “a shift towards the realisation of social issues, innovation and broader greening goals” such as over climate change.

“This will be the first time the agriculture ministers of the European Union will speak about the future of the CAP after 2020,” Mr van Dam said.

“The theme ties in with what our children will eat in the future.

“in the light of a growing world population, climate change and depletion of resources, this is an essential issue to be included in the debate on the reform of the CAP.”

He said that the theme of the discussions will be Food of the Future – the Future of Food.

Mr van Dam said that the market orientation of the agricultural sector should also play a major role in the discussions and the role of the policy in handling agricultural crises.

He said the policy should reflect a food system that is fairer for farmers and more transparent to consumers and providing for the already overburdened world.

He said that to achieve this there is a great need for innovation such as in the field of irrigation technology that is better for the environment and cost saving for the farmer.

Mr van Dam has called for more and better data on which to base any changes in the CAP.

He said that a European Court of Auditors’ report on the data used by the European Commission to measure the performance of the CAP had been found wanting and there should be better information about issues such as farm incomes compared to earnings in other sectors.

A report by the research institute at Wageningen University, LEI, showing possible scenarios for the CAP after 2020 had shown that apart for food security, environmental issues and climate change other targets such as public health could be drawn into the policy.

It said that the new reforms must develop a robust policy that is flexible to respond to various future developments.

This entry was posted on May 24, 2016 by agedchrisharris in Cattle, Grains, Meat, Pigs, Poultry, Sheep, Uncategorized and tagged CAP, EU, Markets, Regulations, trade.