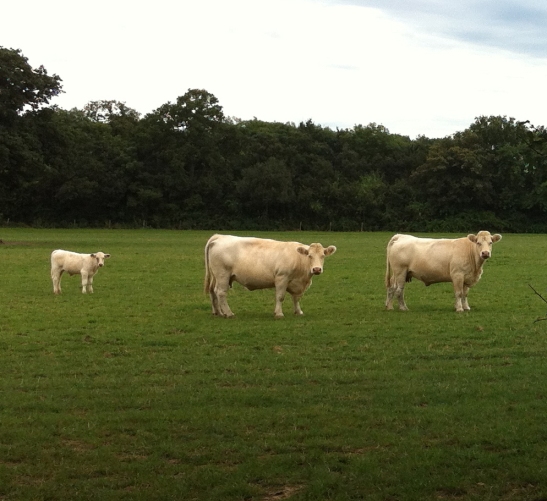 The trustworthiness and integrity of UK supermarkets has been called into question by a new Parliamentary report.

The Environment Food and Rural Affairs Committee report on farmgate prices questioning the assurances that retailers are giving to do all they can to support the British farming community.

In the report the committee says: “We question assurance from the retail sector that there is no link between the price at which supermarkets sell to their customers and the price supermarkets pay to farmers.

“While farmers engaged in contractual arrangements with supermarkets, directly or otherwise, are guaranteed a price for their milk for specific periods, the chronic low price of milk sold through supermarkets inevitably disadvantages farmers in the longer term.

“Supermarkets may choose to sell milk cheaply as a loss leader, but farmers must not be the victims of the supermarket wars currently taking place in the UK.

“Progress is uneven amongst supermarkets and assurances must be met with action.”

The committee recognises the problems that farmers have been facing because of the volatility of prices in recent times and it calls for more support for the UK’s £100 billion sector that supports one in eight jobs in the UK economy.

It also calls on the farming industry to help itself by working together climb out of the present price crisis.

“In the twenty-first century, the agricultural economy cannot be considered in isolation, but must be seen in the context of global opportunities and threats. Increased production has occurred during a period of falling demand for UK and European products,” the report says.

“While the global market will make it difficult for any one Government to significantly impact prices, it can play a facilitation role in enabling the agricultural industry and retailers to work together to secure an economically sustainable future.

“The agricultural industry has a significant responsibility for its own future and is generally better placed than the Government to lead change and build a strong resilient industry in the UK.

“While most farmers are sole traders, they must recognise and utilise the power they have in working together.”

The report says that regional price differences are a threat to the sustainability of the national market and the report calls for more coordination between the government and the devolved administrations.

It says that farmers can give themselves more power by coming together in producer organisations, but it recognises that farmers have not been used to collective decision making.

“Modern supply chains mean that attitudes have to change,” the report says.

The report recommends that futures markets for dairy and livestock be actively pursued to help mitigate volatility.

And it calls on farmers to look at the global market to help strengthen their position.

“British farmers and producers must seize opportunities for domestic and global market growth,” the report says.

“To be able to trade in a global economy, the agricultural industry needs to look at developing global products or adapting traditional products to meet changing demands.

“Opportunities exist for imports to be displaced and for new products to appeal to UK and global consumers.

“The whole supply chain needs to invest in continued improvement and productivity.”

The committee tells the Rural Payments Agency to ensure that the Basic Payments Scheme is tightened up to ensure that 90 per cent of farmers get their payments by December.

It also calls of the government to help farmers, processors and retailers establish more long-term contracts and to encourage more openness over British products so that consumers know when they are buying British.

However, the report’s most serious criticism is of the relationship between the supermarkets and the farmers.

“Trust between farmers and retailers must be restored and reinforced. Representatives must cooperate actively and transparently across the supply chain to build trust and add value.

“Retailers must adopt clear and transparent approaches to pricing and ensure that any regional price differentials for equivalent produce take into account the full costs of production and do not undermine the economic sustainability of farmers at a regional or national level.

“Defra has a key role to play in promoting good relations between different parts of the supply chain.

“We recommend that Defra bring together representatives from across the supply chain to look at how relationships can be improved and how retailers can support the long-term future of the UK agricultural industry.”

The committee also calls for the powers of the Groceries Code Adjudicator to be strengthened.

“We believe that the terms under which the Groceries Code Adjudicator may operate are too restrictive, and that a means must be found to protect suppliers of products to major retailers, whether or not they are direct suppliers,” the committee’s report concludes.

“We recommend that the Department for Business, Innovation and Skills consider urgently how to extend the Groceries Code Adjudicator’s remit to incorporate, and thereby protect, both direct and indirect suppliers to the major UK retailers.

“We ask Defra to include this in their recommendations to the review of the role of the Groceries Code Adjudicator later this year.